Appraisal of a former naval base in Scotland 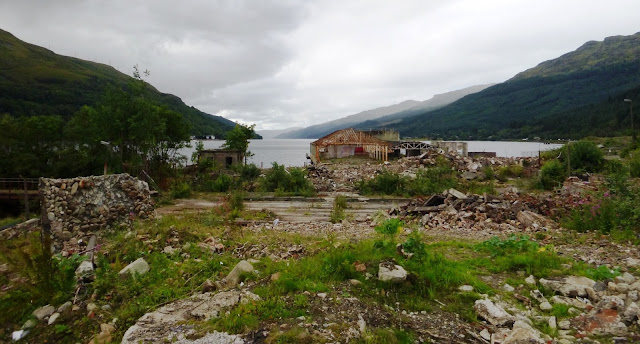 According to HVS, this might become Scotland's next 5-star resort

This abandoned and derelict munitions facility outside a village of 2000 people has been vacant since the 1980s. A prospective developer of a 5-star hotel resort with vacation residences, marina and destination spa presented my client, a private lender, with a glowing HVS feasibility study describing the location as “enviable”, “impressive”, “magnificent” and “excellent”, not exactly the parlance of objective analysis. He had even collected elated (alleged) testimonials from Scottish VIPs. I was to appraise the property “as is”, though.

I called the developer to arrange an inspection. I started with the question, “Who owns the property now?” His answer was “We do,” referring to the limited partnership he directed, which turned out to be a "shelf company" (an aged shell company which is sold to scammers wanting to appear legitimate). I requested documents, including a title report [“report on titles” in the UK]. His solicitor [attorney] sent a current title report indicating another entity in possession of the property.

In my second communication with him I told him that if he does not own the property like he said, he needs to present a valid purchase and sale agreement before he can get funded. He followed up with a draft agreement in MSWord of a sale between two different shelf companies, designating the purchase price as £6.5 million. The selling entity in this contract, though, was not the registered owner of the property, nor was this an executed contract. Looking up both limited partnerships in UK Companies House, I saw similarities, such as a common former director, recent name changes from similarly named limited partnerships, and a distant location in Aberdeen, Scotland’s third largest city, on the opposite coast of Scotland. I judged this to be a suspicious, non-arm’s length transaction.

The HVS report said that the developer owned the property and had all the necessary entitlements [“planning permission” or “planning consent” in the UK] to develop the project without any additional conditions [there were plenty, such as improving the local highway at the developer’s own expense]. I asked him to send all the planning permissions by e-mail, and found that the permission was limited to the hotel, a café, and vacation residences, but that there was no permission for a marina, spa, or the 2 restaurants and 3 bars he proposed. There was no particular permitted amenity that would make this abandoned brownfield [“contaminated land”] into a 5-star destination resort.

When I finally met him in Scotland I once again reminded him that I needed a valid sale agreement. He seemed surprised that his draft agreement in MSWord between two shelf companies was insufficient, so I had to remind him that the lender needs proof that title will pass from the registered owner to the borrower on the day that the loan is funded. Otherwise, the loan will not be adequately secured and a mysterious shelf company with no recorded assets or financial reports could just walk off with my client’s money. Three weeks later I still have not received a valid sale agreement.

My visit to the site gave me mixed feelings. The loch and mountains made good scenery, but there was rubble all over the site, including a lot of oxidizing metals leaching into the soil, as well as signs forbidding entry due to asbestos removal. Then he had the nerve to tell me that he had already accomplished full environmental remediation on the site. 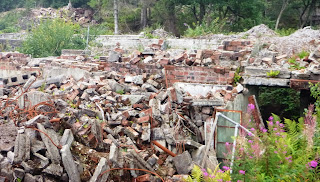 Abandoned munitions sites are almost brownfields by definition, as the ones operated during the World Wars typically have high amounts of toxic and volatile trinitrotoluene (better known as TNT) and its degradation byproducts (such as benzene, a carcinogen) in the soil. Traditionally, these soils have had to be removed and incinerated before replacement, although modern remediation methods include composting or bioslurry treatment, but the soil still needs to be removed.

Naturally, seeing all the rubble present, and having already discovered his untruths about ownership and planning permissions, I concluded that he was lying again. Unlike most appraisers and valuers, I do not bury a disclaimer in the Assumptions and Limiting Conditions stating that my valuation assumes that the property owner is telling the truth; that is too high an expectation. I care about my clients enough to verify.

On the other hand, this was not to be a valuation of raw land only, but raw land with entitlements that take years to obtain in this bucolic and environmentally sensitive locality. There can be a value to the right to build a hotel and vacation residences when such rights are in short supply in an “as is” valuation.

My valuation was based on local comparables, including a nearby, new, 5-story hotel 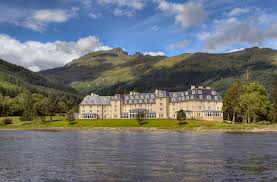 which was curiously almost vacant on a summer day, whereas HVS chose 5-star Scottish hotels, most of which are golf resorts, as comparables, and both valuation companies ignored any local competition including the nearby new hotel. They projected nightly rates more than twice that of any of the local hotels. What whores! HVS even put a disclaimer in its reports that the subject site was assumed to be free of contamination despite contaminants visually oozing into the soil.

HVS has a long history, being founded by Steve Rushmore, the father of modern hotel valuation and author of the Appraisal Institute’s textbook on hotel valuation. I’ve been reading their reports for most of my career and have become increasingly concerned about their deference to the hotel development industry to the detriment of the lending industry. The resumes of their appraisers indicate most of them to be recent hotel school graduates and not particularly experienced in real estate. When I was working 10 years ago at Bayview Financial Trading Group, now a subsidiary of Blackstone, I found HVS on their banned appraisers list. My very first post on this blog was a proposed 5-star hotel in Barbados, which I appraised at $17 million “as is” (not knowing that two other appraisals were being done), CBRE appraised for $18 million “as is” and HVS appraised for $50 million “as is”.

Lately, HVS has been aggressively expanding worldwide and licensing its name to other appraisal firms, and I question the level of due diligence being done. The HVS-branded appraisers in this assignment were from a Spanish appraisal firm licensed to carry the HVS name, and they included the HVS logo and boilerplate [canned comments] in their report without following up on the promises made in the boilerplate. As the loan applicant has not yet produced a valid sale contract and has made major misrepresentations about the subject site, and HVS has repeated his misrepresentations, it created the appearance that HVS is complicit in a scheme to defraud my client, unless they are just plain incompetent.

Am I the only one to notice the HVS credibility problem?

PS:  Scotland does not participate in the UK Land Registry, but has its own land registry as part of the "Registers of Scotland".  I ordered data as part of my research and was surprised to find a hefty price tag of   £300 + VAT (value-added tax of either 17.5 or 20%) for data of minimal value, equivalent to about $600 USD. I've often bought data from other land registries in British Commonwealth nations, such as the provincial registries of Canada and Australia and most recently in Trinidad and Tobago, where I spent the equivalent of $23.19 on data for an upcoming appraisal assignment, a price which is more typical of government registries that charge a fee for data, and many don't. I asked a Scotsman why Scotland would charge so much for public data, and the answer I got was "The Scottish government likes to make a profit."

When you apply for a loan, be honest with your present financial status. Don't try to deceive the lender because you'll be held responsible for your misrepresentations. continue reading this

I don't know about loans and credibility. But I know that Scotland has a wonderful nature. Those landscapes make the heart stop in admiration. And I think it's really cool if abandoned, and, let's be honest, quite dirty place became a resort. A lot of people surely will visit it. Me and my www.getacademichelp.com office will be the first, telling ya

Someone can tell me how to subscribe this blog, please! I want to update news daily for my website: https://xuongmunon.blueseaco.vn.