Another appraisal in Seoul: Eminent Domain in a "Property Price Announcement" system 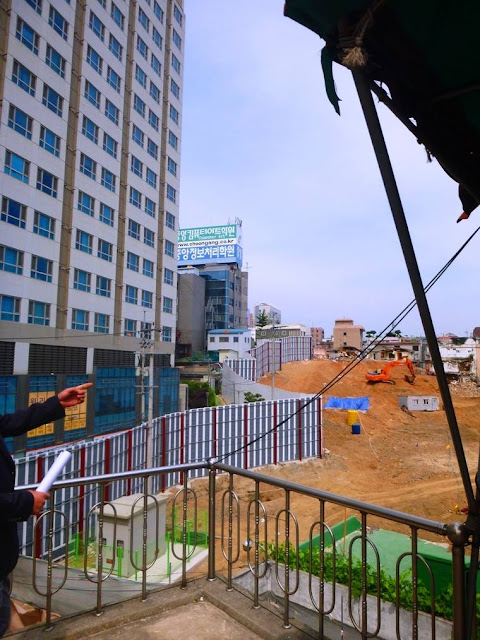 This US citizen is suing for better eminent domain compensation

Imagine having your property taken by the government and not being fairly compensated.  The 5th Amendment to the U.S. Constitution guarantees Americans and others “just compensation” for the taking of their private property, usually at market value or maybe value in use. Article 23(3) of the Constitution of the Republic of South Korea also provides that  “expropriation, use, or restriction of private property for public necessity and compensation therefore shall be governed by law, provided that in such a case, just compensation shall be paid.”

Suppose a U.S. citizen has her residence taken in a foreign country and is offered unfairly low compensation for the taking.  If the foreign country has a free trade agreement with the USA, such as South Korea, that U.S. citizen has the right to a hearing of her grievance at ICSID, (International Centre for Settlement of Investment Disputes), an arbitration subsidiary of the World Bank. Most hearings take place at their Washington, DC offices, but other closer venues are being made possible.

As I explained in a previous blog post about a Korean appraisal assignment,(http://www.internationalappraiser.com/2016/08/an-appraisal-of-commercial-property-in.html), a Korean appraiser separately values land and building, similar to what is done by U.S. tax assessors or German appraisers.  Government-ordered appraisals, however, are not allowed to estimate the land's market value. Instead, appraisers must consult a "Officially Announced Land Price" system in which land values are annually determined by the Minister of Land, Infrastructure and Transport. This is a departure from the concept of market value that underpins the concept of "just compensation" in the U.S. and Korean constitutions, to a "price announcement system" in use by other countries with high urban land price inflation, such as Costa Rica, where appraisers consult a map to determine the land value. The government therefore prevents property owners from receiving market value in their own misguided efforts to control land prices.

Korea’s Officially Announced Land Price system was enacted in 1990 as a countermeasure against land price inflation. It was designed to act as a price control, but price controls are often counterproductive, as seen during the Nixon-era price controls enacted in the U.S. in the early 1970s. It only proves the scarcity of land or goods, which in itself is what enhances value. This concept is usually presented in the first chapter of any appraisal textbook.
The irony of the heavy use of eminent domain by the Seoul Municipal Government for redevelopment projects is that the government itself is creating the land scarcity that drives up land prices.

Seoul is a rapidly growing city that now has twice the population density as New York City.  Land prices have consequently skyrocketed, and there is nothing a price announcement system can do about that.  One example: last year Hyundai bought a 20-acre site in Gangnam for more the $10 billion ($500 million per acre) to build their new corporate headquarters. Samsung was the rival bidder.

While this particular condemnation lawsuit I am involved in might seem just like a chance for a property owner to get rich, there are hardships involved for the family who has to relocate. They explain that the approximately $700,000 offered to them is inadequate to find a substitute residence in an area where comparable houses are now priced closed to $2 million. So this becomes a hard luck story, too.

For all other U.S. citizens, including naturalized citizens, who fail to get fairly compensated for government-seized properties in other countries, this is an example that justice can still prevail.  Please feel free to contact me with your situation. 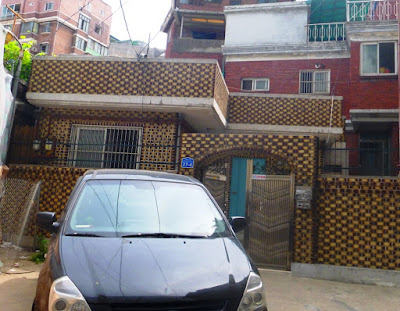 I do not think that there was any law that government can interfere with the private property. If they have the warrant also, they should go with the rule which does not let them take over it. If you see the Property assessment records then there was no such thing happened before.

Some people are unaware of the existence of such laws and I would like to thank you for addressing the importance of such laws in the life of a real estate investor. Real estate is one of the most popular form of investment and thus attracts many investors to make profit. However, investors should be aware of different types of laws associated with the real estate investment and factors which should be taken into consideration to safeguard the investment.

I am thankful to this blog giving unique and helpful knowledge about this topic.
luxuryarizonarealtors.com
flipthyhouse.com

You have done a great job on this article. It’s very readable and highly intelligent. You have even managed to make it understandable and easy to read. You have some real writing talent. Thank you.  real estate

I havent any word to welcome this post.....Really i am inspired from this post....the individual who make this post it was an awesome human. https://bestgolfrangefinder2020.com/best-golf-rangefinder-with-slope/ thanks for imparted this to us.

Just pure brilliance from you here. I have never expected something less than this from you and you have not disappointed me at all. I suppose you will keep the quality work going on. waterfront homes on Lake LBJ

Our company is the leading way of living publication available to our critical audience featuring useful and interesting content articles featuring real estate,

Nice to be visiting your blog again, it has been months for me. Well this article that i’ve been waited for so long. I need this article to complete my assignment in the college, and it has same topic with your article. Thanks, great share.
private equity real estate funds

I discovered your site website on google and check a couple of your early posts. Preserve the really good operate. I merely extra encourage Feed to my MSN News Reader. Looking for forward to reading far more within you later on!… house for rent makati

Thank you for your post, I look for such article along time, today i find it finally. this post give me lots of advise it is very useful for me. real estate photography Austin

Buy Property in Bangladesh is not an easy task but if you choose this website for buying your next commercial or residential property then you will gain a huge profit from your investment and you will like to buy and sell again and again.

I know your expertise on this. I must say we should have an online discussion on this. Writing only comments will close the discussion straight away! And will restrict the benefits from this information.
we buy houses for cash

I’m excited to uncover this page. I need to to thank you for ones time for this particularly fantastic read!! I definitely really liked every part of it and i also have you saved to fav to look at new information in your site. Horseshoe Bay Homes for Sale

All of these people can help you in various aspects of real estate investing. You might find that there are a couple others that are keys to your business but this is just a list of a few. Real Estate Investing

I really loved reading your blog. I also found your posts very interesting. we also provide for Buy property in chattarpur. for more information visit on our website.

Budapest is one of those iconic cities of the world which is famous for the majestic Great Synagogue. Budapest also straddles the river Danube with its beautiful historic bridges. budapest Apartments for sale

It is good to see this detail vital information in your post. Thanks for sharing it.

Incredible articles and awesome design. Your blog entry merits the greater part of the positive input it"s been getting. Concrete Contractors Honolulu