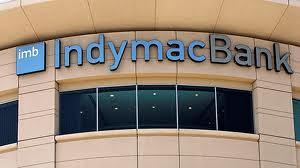 Last month I had the opportunity to watch my former boss on trial. On December 7th, he and his two co-defendants were found liable by a jury for $168.1 million in damages to the FDIC (U.S. Federal Deposit Insurance Corporation) for the failure of IndyMac Bank, the costliest failure to date for the FDIC, causing an estimated cost to taxpayers of $12.8 billion. This case was known as FDIC v. Van Dellen, Koon and Shellem. The basis of this lawsuit was that the defendants departed from safe and sound lending practices in order to score personal bonuses based on loan volume. 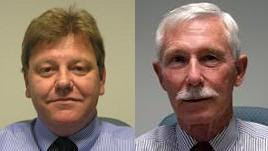 
Eleven years ago I was the chief commercial appraiser for IndyMac Bank in Pasadena, California, reporting to the chief credit officer, Ken Shellem, who was one of the defendants in this case. I started my position there with the naïve expectation that this new bank wanted to follow all the rules. It took me 3 months to figure out that IndyMac was in the business of breaking rules to enrich its senior management, and this corruption led to the top of the organization, the Chairman of the Board, David Loeb.

Chairman David Loeb was best known as a co-founder of Countrywide Home Loans than in his other role as a Nevada land developer. While Federal Reserve Board Regulation O severely limits the amount of money that can be loaned to officers of a regulated institution, Mr. Loeb had found what he thought to be a loophole. He pushed through bank loans to developers who were buying his land in Nevada. As the chief commercial appraiser, I was told that I would be fired if I held up any appraisal supporting one of these land loans, and I was prohibited from ordering any appraisals. All appraisals were ordered by loan officers on sales commissions.

I worked mainly with the Bank’s Home Builders Division and was surprised to find that its own senior credit officer was on commission. As a result, there was no loan proposal that he didn’t like. After 3 months, it was made plain to me that my job was to approve every salesman-ordered appraisal report with a review report bearing my signature. This concerned me, because I found a few of the reports to be biased with false inspection reports, absurdly optimistic income projections, or appraised values well above the simultaneous purchase prices.

I tried to hold on to my job as long as possible without approving the fraudulent reports. I certainly did not want to be fired, but neither did I want to be prosecuted or sued some day for participating in loan fraud. It would be better to be unemployed. I was fired roughly 6 months after I started.

I blew the whistle to the regulators (OTS), and shortly afterwards there were some personnel changes at IndyMac, including the sudden retirement of Chairman Loeb and the termination of the COO and Senior Credit Officer of the Home Builders Division. Loeb died five months later, the Kenneth Lay of the banking industry. Most of the ringleaders kept their jobs, however, including the defendants named above.

I launched a wrongful termination lawsuit against the bank and two of the same defendants named above – Ken Shellem, my boss and chief credit officer, and Richard Koon, the chief loan sales officer, who worked hard to persuade the bank to fire me. At a court-ordered mediation the case was “settled to the mutual satisfaction of both parties.” A non-disclosure agreement prevents me from saying more.

The problem with the whole mortgage industry

In the mortgage industry meltdown of 2007-2008 it could be asked why so many of the best and brightest financial minds were so wrong again so soon after the savings and loan fiasco of two decades ago?

One explanation is that financial executives were gaming the system in response to unsound executive compensation systems commonly used by public companies.

Earnings can often be booked at loan origination, regardless of loan soundness. During the good times, these unsound loans can be sold off to sit in mortgage pools or portfolios as ticking time bombs, to be dealt with long after the senior executives have received their bonuses and exercised their stock options. Many mortgage industry executives succumbed to such a compelling enrichment scheme.

Two of the largest savings and loan institutions in the U.S., IndyMac and Washington Mutual, were respectively seized by the FDIC in July and September of 2008.

Both were fast-growers who were rewarded by Wall Street with high price-earnings multiples and soaring stock prices. Those in the mortgage lending business know, however, that such rapid growth is inconsistent with prudent lending.

Many mortgage-lending institutions rewarded their CEOs and COOs with incentive-based compensation that dwarfed their annual base salaries and encouraged them to do whatever was necessary to increase the stock prices of those institutions. Stock prices moved in tandem with reported earnings.

IndyMac CEO Mike Perry, for instance, had an annual salary of one million dollars per year, but his incentive-based compensation (bonuses and stock options) was many times as high. Perry earned over $32 million by selling IndyMac stock from 2003 to 2007, in addition to performance bonuses which were typically 75 to 100% of his base salary.

An IndyMac press release on September 22, 2006, “IndyMac Signs Long-Term Contract with High-Performing CEO, Michael Perry,” plainly explains the radical difference in future (year 2007) compensation to Perry under various scenarios, with his total compensation limited to $1,250,000 for EPS growth of less than 5%, but compensation of $8,943,000 for EPS growth of 17%. With a compensation structure like this, it was no wonder why rapid growth was pursued at all costs. Making and selling unsound loans would be the easiest way of meeting such a financial goal.

Kerry Killinger, CEO of Washington Mutual (WAMU), was also paid a base salary of $1,000,000 in Washington Mutual’s last full year of existence, and he was incentivized with stock options that brought his total pay package to more than $14 million. The New York Times reported that he received $38.2 million in performance pay ($7.6 million in cash and the remainder in stock) between 2005 and 2008. WAMU”s mortgage-related losses of $8 billion in 2007 and 2008 wiped out all of its earnings in 2005 and 2006.

As reported on CBS’s Sixty Minutes, Herb and Marion Sandler safely and soundly managed World Savings for years before finally succumbing to such temptation, receiving millions of dollars in the sale of their doomed institution to Wachovia Bank, so badly damaged that the federal government had to force its sale to Wells Fargo.

Franklin Raines, the CEO at Fannie Mae, received $52 million in compensation between 1999 and 2004, with $32 million from an incentive plan generating big bonuses for Fannie Mae achieving certain performance yardsticks, such as 15% annual growth in earnings. Mr. Raines was accused of falsifying the reported earnings to gain his bonuses and was therefore terminated, leading to a $9 billion profit restatement covering years 2001-2004.

These CEOs have faced multiple lawsuits, some of which have not yet been resolved. Mike Perry, IndyMac CEO, settled with the FDIC (last week) and the SEC and faces class action lawsuits from investors.


Renowned law professor and former regulator William Black has recently made similar comments as follows:
Widespread appraisal fraud by mortgage lenders optimizes accounting control fraud.  The fraud “recipe” for a mortgage lender (purchaser) has four “ingredients.”
George Akerlof and Paul Romer wrote a famous article in 1993 entitled “Looting: The Economic Underworld of Bankruptcy for Profit.”  They agreed with the central finding of competent financial regulators and white-collar criminologists: following this recipe produces a “sure thing.”  More precisely, following the recipe produces three sure things.  The lender (purchaser) will report record (albeit fictional) profits in the near term, the controlling officers will promptly be made wealthy by modern executive compensation schemes, and the lender (purchaser) will suffer severe losses in the longer term.