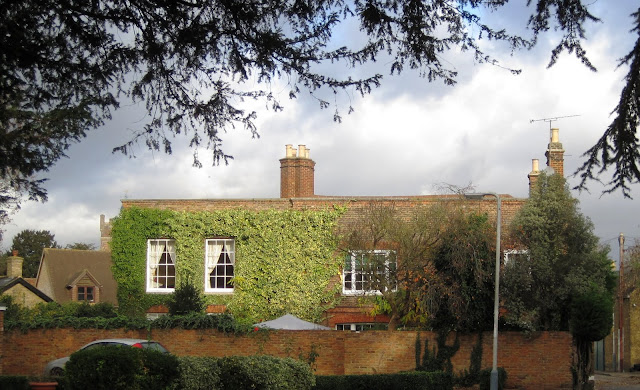 After Cozumel I flew to London, England, to appraise a portfolio of hospitality properties – a bed and breakfast inn and two restaurant/pub buildings in London, Windsor and Buckinghamshire.

My client, a private U.S. lender, had already received valuation reports prepared by British chartered surveyors which proved that the United States and the United Kingdom are two great nations separated by...a common language. Terms like “chartered surveyor”, “lettings”, “trading potential”, “realisable”, “consents” and “solicitors” are confusing to Americans in the context that they are presented in British reports. The reports reminded me of a classic “I Love Lucy” episode in which Lucy attempts to get walking directions in London. One reason I think that U.S. clients send me to appraise in so many British Commonwealth nations is that I write appraisal reports in American English and try to follow North American (US and Canadian) reporting standards.

I worked the first three years of my commercial appraisal career at a British company, Jones Lang Wootton. (JLW was eventually acquired by LaSalle Partners and the new entity was named Jones Lang LaSalle under different ownership and management.) Thus I have worked under both real estate valuation regimes and have some knowledge of British valuation methods and jargon.

As luck would have it, though, all 3 properties were owner-occupied and consisted of valuable real estate. The London metropolitan area, much like New York City, has a general shortage of available land for new construction, and a well-constructed building often has an intrinsic value independent of the relatively unprofitable businesses which may occupy it.

The London bed-and-breakfast, for instance, had previously been used only as a 12-bedroom residence. Similar residential sales in the area suggested a value of about one million pounds, a value not otherwise justified for a bed-and-breakfast business with a net income of less than 40,000 pounds per year.

The restaurant/pub building in Buckinghamshire had apartments on the second floor and was also situated on a block with one-million-pound residences, but the value had to be adjusted downward for the cost of conversion back to a residence. Pub sales in the area were at considerably lower prices in the range of 350,000 to 450,000 pounds, so my highest and best use analysis, considering the restaurant’s financial statements, established that the property was not being used in a manner which maximized value. 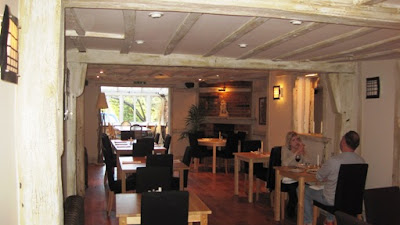 One nice thing about working in the UK is the availability of residential sales data. It is all contained in a national registry, unlike the United States. Similar to the U.S. is the prevalence of automated valuation technology, including free AVM technology, such as the Zoopla and Mouseprice web sites, which are similar to Zillow and Trulia in the U.S.

The restaurant in Windsor was more difficult to appraise, partly because it consisted of 3 adjacent buildings, one of which was owned only as leasehold. The leasehold building’s annual rent of 60,000 pounds per year (equivalent to $93,600 at today’s exchange rate), when compared to restaurant revenues, strongly suggested a negative leasehold value for these premises, which were not being fully utilized, and the leasehold building would therefore not be suitable for loan collateral. In addition, the entire restaurant property was not configured or located in a manner befitting a residential highest and best use. 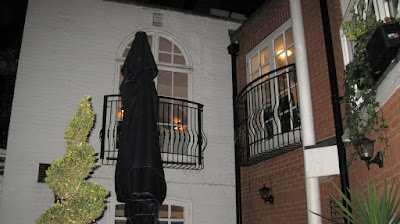 Most of the restaurant operations seemed to be actually conducted in the freehold (fee simple owned) buildings, thus suggesting continued viability of a restaurant business if the lender had to foreclose on two of the three buildings.

In the end I relied most upon a gross rent multiplier method for the Windsor property, but estimating market rent as a function of the revenues earned by the restaurant operations. Finding comparable restaurant rentals is a difficult task, as restaurants are retail properties that can have significantly different rental values based on location and visibility. Very few leased restaurants, though, can afford rent beyond 8% of gross revenues, which limited affordable rent to about 61,000 pounds per year for this particular operation if it was a rental operation. While it could be argued that a more profitable restaurant operator could justify a higher rental rate, the occupying restaurateur was already a highly experienced restaurateur and celebrity caterer.

The British “valuer” is much more likely to have collegiate instruction in real estate and building subjects; North American (Canadian and American) appraisers typically receive their appraisal education from professional associations or trade schools after college. Present-day certification and designation requirements for U.S. commercial appraisers require them to hold baccalaureate degrees (unless “grandfathered in”), but the degree can be in any subject and often is. Americans do not typically train early in their lives to become appraisers; they accidentally become appraisers.

North American appraisal reports, on the other hand, are more complete and try to be prima facie cases in support of estimates of value. British reports are briefer, do not demonstrate the analytical process used, do not present a “highest and best use analysis” (as in “would this building achieve the highest value as a residence or as a bed-and-breakfast?”) and do not typically present photographs or maps of comparable sales and rentals. They cannot therefore be reviewed critically by a foreigner. In other words, there is no basis for the reader to judge the competence or honesty of the valuer.

Working alongside British valuers, though, I sensed that they perceived more honor for their profession than North Americans appraisers do. There seemed to be more emphasis on honesty in their work, although there were certain practices that Americans would label as unethical, such as charging a professional fee as a proportion of the appraised value, which presents a conflict of interest. That being said, I trust the honesty of British valuation reports more than North American reports when I do not specifically know the appraiser or valuer.

Still, the considerably lesser British valuation reporting standards can be a cover for sloppy work. The most egregious case I saw at Jones Lang Wootton was in the appraisal of a portfolio of over 200 surplus bank branches as a result of the merger between Wells Fargo and Crocker Banks in 1986. The Director of Valuation saved the premier property for himself to appraise, the Wells Fargo Tower in downtown Los Angeles. When he arrived at an internal company meeting to go over final values, it was clear that he had not done his homework. He said, “So what’s a downtown L.A. office building worth, any way? $200 per square foot?” The chartered surveyor from San Francisco yelled out, “No! $300 per square foot”. “Well, then $300 per square foot it is,” said the Director of Valuation and the supporting two-page report quickly got written.

It is hard to judge professional ethics enforcement in either country. The Appraisal Institute, the most highly regarded of the several U.S. appraisal associations, has an ethics enforcement staff of just one, and she has been in situations of siding with appraisers who have already been disciplined by state appraiser licensing agencies; it is rare for a member of the Appraisal Institute to be expelled for ethical violations. RICS, the governing body over British Commonwealth valuers and many other types of real estate professionals, is said to have an ethics enforcement staff of about 3 dozen persons, a considerably more impressive number.

Yet, a few years ago when I pointed out to RICS that their international president was a U.S. appraiser who had actually lost his appraisal certification due to disciplinary action, RICS investigated and informed me that he did nothing wrong and voluntarily surrendered his certification in order to obtain an appraisal certification in another state, an action not required in the U.S., as I have held as many as 5 concurrent and different state certifications at one time. The Appraisal Subcommittee web site (www.asc.gov) publishes the names of all appraisers who are no longer licensed due to disciplinary action by a state agency, and his name is there, one of about 50 in his state.

Professional organizations cannot really be expected to police themselves well, though, due to professional friendships, potential "loss of face" and a prevailing sense of "There but for the grace of God go I," particularly when appraisers and valuers are constantly confronted with ethical challenges.

I am also skeptical of the massive RICS recruitment effort in the U.S., as RICS does not offer an educational program or testing here. A U.S. appraisal designation plus $500 per year gets one an MRICS designation, but what does that all really mean if RICS is not educating or testing here? It seems that their main goal is to collect $500 each from as many U.S. appraisers as possible without contributing to our profession here.

Some of my colleagues told me they pursued an MRICS or FRICS designation in order to solicit international work. As someone who worked at a British-owned international firm, however, I was never encouraged to pursue an RICS designation, but encouraged to pursue an MAI designation instead. Since then, I have worked many times in British Commonwealth nations
(Australia, Canada, Jamaica, Barbados, South Africa, Fiji, Singapore, Malaysia, Hong Kong and Great Britain) and not been asked if I have an RICS designation. Moreover, when I have called on RICS members in these countries, most have been cost estimators ("Quantity surveyors") rather than valuers.

Capturing the best of both systems

A British subject named John Lennon once wrote a memorable song called “Imagine” shortly before moving to the United States in 1971. Imagine if the English-speaking appraisers of the world could capture the best of both the British Commonwealth and North American systems, with British-style collegiate instruction and sense of professional honor coupled with the more descriptive and informative appraisal reporting standards found in the United States, while agreeing on a common professional vocabulary?

You may say that I'm a dreamer, but I'm not the only one.