The International Appraiser is Threatened with a Libel Lawsuit from the UK, a “Land Called Sue” 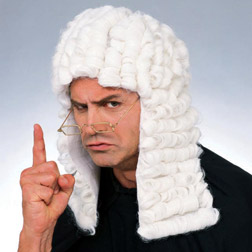 Ironically, the legal threat has nothing to do with anything I said, but what one of my readers commented on in the open forum that follows each blog post. On my “Costa Rican Teak Farms for Gringo Investors” post from August 2011, http://www.internationalappraiser.com/2011/08/costa-rican-teak-farms-for-gringo.html , a commenter named Dave Anderson stated:

Dave Anderson said...
Just to let everyone know Living Investments uk are now under investigation for fraud. Anyone affected by this should contact Actionfraud on 0300 1232040. Thanks for your advice especially explaining conversion bft to cu.m which allowed me to challenge their projections and realise their scam. January 24, 2013 at 2:19 AM

On Monday morning, June 17th, almost 5 months after this comment was recorded on my blog, I received an e-mail from Steve James of Living Investments UK with a request to remove Mr. Anderson’s remark, which he deemed to be false. My response was as follows:

You're welcome to publish a rebuttal to his comment. I do little to censor the commenters."

Most of the commenters on my blog do so to promote their own web sites or products, any way; my favorite one is the cat furniture guy. What does the cat furniture guy expect to happen when my readers click on his link? “Honey, forget buying the Costa Rican beach property. Let’s upgrade Fluffy’s scratching post instead!”

Here is the response from Mr. James that I woke up to on Tuesday morning:

"Hi
Your response is disappointing. The statement written is a lie and you are implying by refusing to take down the offending statement that you agree with the lie. The libel laws in the UK are quite easy to interpret, you can publish comments on the basis that to the best of your knowledge they are true; however once it has been brought to your attention that the statements are not true then by continuing to run the offending article you lose that particular defence. In short in court you will have to prove that we are under investigation for fraud (we are not and never have been) and if you cannot do this then you will (if you lose) have to pay substantial damages; as we will prove that your actions have damaged our business and you may have to make good the profits that we have lost in the process.
...…............ I would rather not go to court as the costs for both sides will be in excess of £ 100,000 and even if we win we will only recover 70% of that from yourself so it will cost us at least £ 30,000 and a lot of time to prove this.
…...............I have already spent considerable time on this matter but I have done so, to try and save us both a lot of money and time (especially the time) some companies would just sue you today as you have responded once you were made aware of the falseness of the claims and have continued to “republish” the offending comments. I have taken a different approach to try and explain things fully however once I start the legal process we will go all the way as we don’t settle. To start the ball rolling costs £ 20,000 but the time element is massive so paying the costs will not be enough for us, we would want substantial compensation for loss of business (we can prove this).

The decision is of course entirely yours, I await your response but if I hear nothing by tomorrow (19th June 2013) I will place the entire matter in the hands of our lawyers.

I once again invited Mr. James to tell his side of the story on my blog. But would you want to do business with a guy like this?

So it took 5 months for this man to find a 3rd party comment on my blog, but he then claims proven loss of business. As I checked my site traffic statistics (maintained by Google) I found only 72 page views in the UK in the last month, and that covers an entire blog with 89 posts; most UK readers were probably looking at my recent post featuring Fawlty Towers. 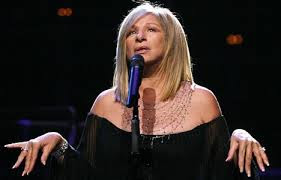 In my part of the world, such a defamation lawsuit is called “pulling a Streisand”, a counterproductive legal strategy in which most of the damage to the plaintiff’s reputation comes from the plaintiff’s own publicizing of the alleged defamation or similar act. Barbra Streisand once sued a coastal photographer for invasion of privacy when he accidentally photographed her house on the Malibu shore. When she filed the complaint, many media outlets republished the photo and it was ultimately determined that she was the most responsible for the loss of privacy that she was suing about. Suing gets publicity.

An Internet search of Living Investments, though, makes me uncomfortable about this company, such as their claim on YouTube that they can turn a ￡5,000 teak tree investment into a ￡32,087 investment in 15 years, suggesting a return on investment of over 13% per year, and that investors start getting returns as early as 4 years for a 4-year-old tree (sold for what -- pulpwood?).  If the returns are this good, why are they selling? I would load up as much as possible with financing from my private lender clients and keep the secret to myself.

I also found the following comments at qfak.com:

"I keep getting calls someone at Living Investments UK in Dec 14 at 5:55
They apparently have a teak plantation in Costa Rica and they asked me to invest ￡25,000. I personally think it is a scam, but im not sure. Has anyone else had any experience with them. I dont like how persistent they are. They were definately using boiler room tactics."

Answer _ Page 1
"Smithmeister, I think I remember you, I started with you for the training week thing. I stayed a little bit longer than you, I have a less sensitive bull**-o-meter and I stayed for 8 days. It is the most rediculous company I have had the pleasure of working for. They have a virtual office at 14 Grenville street, but it is simply a decoy for all their letters to go there. They actually operate from 6-8 st. John Street EC1 in Farringdon.
No They are not regulated by the FSA and companies like this make me sick because they don't know the impact they have on peoples lives. They don't deal with any fund managers or pension managers. They get all the prospects from an investors list with mainly elderly pensioners and harrass them for money. Its not even a limited company, its sole propreitor with some guy who no one knows. If someone calls from LIUK, Tell them to stick the phone up their arses"

And the following is a recent job advertisement for Living Investments UK:

Basic Comm 55K-85,000 City based private client brokerage is interviewing for the above positions for an immediate start. We are looking for individuals who are proven in introducing investments to private clients and IFA’s. If you have an extensive and highly successful experience of dealing with building client portfolio’s within a broker style environment we will be interested in hearing from you. You need to be driven and money motivated and with a strong professional work ethic and furthermore you need to be articulate and able to think on your feet. Our top earner earns over 130,000 p.a.


They have the appearance of being a telemarketing boiler room operation. Is this legal in the UK? Probably. Did I say this was a fraud? No. Would I want these "money motivated" brokers selling Costa Rican trees over the telephone to my parents? Never.

I have also noticed that a disproportionate number of investors scammed in Florida and Latin American real estate developments (based on my observation of the sales contracts) are British.  Could it be that British libel laws prevented British subjects from learning the truth about dodgy real estate projects?  There's good news at least; the UK libel laws are already being changed.

Thanks for posting such interesting articles.

Plan and re initialize the plan while getting to enjoy the real estate as there is fraud in that a small person couldn't liable to enjoy the services.

Question Have you personally shopped here before. Why or why not. Remember to ask about next steps and when you can expect to hear back. https://royalcbd.com/product/cbd-roll-on-gel/