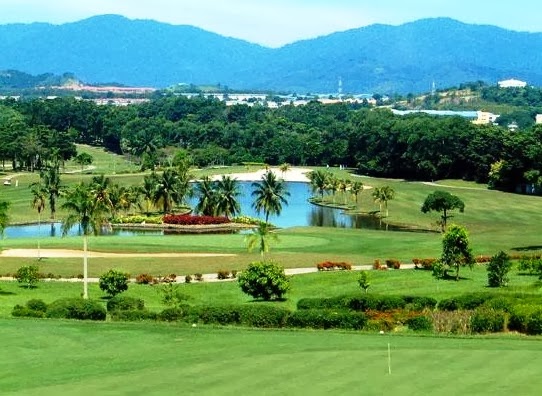 Private golf courses (“country clubs”) depend upon the sale of high-priced memberships, and these courses are even more adversely affected by current circumstances because:

1. Private clubs have traditionally had higher expense ratios (estimated at 84% in 2003, probably > 100% now) and lower profit margins than semiprivate or public golf courses in order to preserve their prestige and exclusivity, and

2. Private club memberships were sometimes bought by members not just for golfing use, but also because of their perceived investment value. These buyers have now departed from the market, making it difficult for country clubs to increase revenues as current members die off or else fail to pay their dues.

Every golf course I have appraised in the last decade has had negative operating income, as were the comparable golf course sales analyzed, but this property type still gets appraised by other appraisers as if new ownership is all that is needed to turn around an unprofitable golf course and that the industry will suddenly turn back to profitability. They often estimate value by using discounted cash flow models based on projections of improving cash flows and return to profitability. Many golf course appraisal specialists are also beholden to golf course owners and developers and produce inflated estimates of value for them.

The golf course valuation textbook most often referred to by appraisers is Analysis and Valuation of Golf Courses and Country Clubs, by Arthur Gimmy and Buddie Johnson, which was published in 2003. This excellent book offers much useful knowledge on golf course valuations, but was not written for the times we are currently in. At that time, the decline in golf course revenues was thought to be the result of a brief recession and that revenues would once again increase after the recession ended. Instead, revenues continued to decline.

Being an American appraisal textbook, there is ample discussion of the Three Approaches to Value (Cost Approach, Sales Comparison Approach and Income Approach), with most emphasis on the Income Approach, and rightfully so for any investment property. But their presentation of the Income Approach requires direct capitalization or yield capitalization of a positive net operating income, either at present or else in the rosy future, and this steers appraisers towards the use of unrealistic discounted cash flow models in which the 13-year declining trend suddenly reverses course.

Gimmy and Johnson also offer some other useful valuation techniques which are more appropriate to today’s circumstances (positive revenues, negative net operating income), such as the use of “total revenue multipliers”, “golf revenue multipliers” and “greens fee multipliers”, which I use instead when I appraise golf courses which are losing money and showing a pattern of increasing losses. They classify these methods, though, as “sales comparison approach” methods rather than “income approach” methods, while I contend that these methods are the new income approach for golf course valuations in light of the extreme shortage of profitable golf courses. Their classification of these multiplier methods as only allowable in a sales comparison approach only confuses appraisers who are required to perform an income approach in the valuation of a golf course.

These methods are difficult to apply to private clubs, however, in which most of the revenues come in the form of membership fees. Luckily, the private clubs I have appraised so far were already moving towards semiprivate status – allowing non-members to pay daily fees – and this data can be used to impute certain revenue multipliers corresponding to what would be received as a public (non-membership) golf course.

Some of the golf course buyers I have met are inexperienced in golf course management, but think that their success as bankers or lawyers will assure their success in this difficult business. Many golf course purchases seem to be vanity purchases, too, motivated more by social climbing than by economic fundamentals, as it can be a boost to the ego to have the town’s most important people playing golf on your golf course.

I have heretofore considered the decline in golf course values as a phenomenon confined to the USA and the destinations dependent upon American tourists, such as the Caribbean.

In my recent tour of Asia I was surprised to find declines in the golfing industry in Japan, Korea and Malaysia, three countries which had growing golf industries until recent years.

It had been difficult to find collated data on the Malaysian golf and country club industry until the Inland Revenue Board (the Malaysian IRS) started enforcing full taxation last year on the advance fees collected from new members, which are typically 80% of the full membership fees. In the country clubs’ accounting statements, these revenues are prorated over the term of the membership, but IRB wants to tax the revenues at the time of collection, which adversely affects the finances of this industry. So far, it has identified 180 private golf clubs, almost 90% of the golf courses in this country, with about 500,000 golf club members, and has assessed a total tax bill of more than 600 million Malaysian Ringgit (about $200 million) for these clubs, or an average of about $1 million per club.

Prior to this sudden tax bill, a Malaysian blogger had reported that most of the country clubs were already running at a loss and that golf club membership fees had already declined by more than half. Just as in the U.S., buyers of memberships who previously bought in expectations of capital appreciation in the value of their memberships have now departed the market. Deflation in golf club membership fees is a self-fulfilling prophecy, because it encourages potential new members to wait until there are further price reductions. Such private clubs often end up as semi-private -- having to allow in non-members who can pay daily fees for use of the golf course, but this in turn demotes the exclusivity of the club.

South Korea is facing a similar situation. The Korea Golf Course Business Association has been monitoring golfing numbers for 30 years now and has reported steadily increasing numbers in rounds played, which were about 18 million last year. They count 248 golf courses, of which 20 have now registered for court receivership.

Noticing the increasing financial strains at private clubs, existing members have been suing the clubs for the return of their initiation fees, which they had also initially considered as appreciating investments. This is no trivial matter. The Korean Herald reports that there has been an average of 100 new lawsuits per month, and the total amount requested in these lawsuits is 7 trillion Korean Won (about $7 billion). Somehow, this number doesn’t seem right, because if it was true, these lawsuits would bankrupt the Korean golf industry.

Japan ranks second worldwide to the U.S. in golf demand, and third in supply (2350 golf courses) but half of Japan’s country clubs have gone bankrupt since the Japanese economic bubble burst around 1990. In Japan’s case, golf demand peaked earlier than in the U.S. and Korea, and as of 2010 (KPMG Benchmark Survey) the number of golfers in Japan had declined by one sixth, from 10.2 million to 8.5 million since 1992, the peak year, but rapid golf course development in the 1990s led to oversupply.

When demand exceeded supply in the 1980s, the Japanese golf industry also evolved towards a private club membership system which collected “deposits” from new members, which were refundable at any time without any adjustment for interest. As the Japanese economic malaise continued for a second decade, many members started requesting deposit refunds, forcing many golf clubs into bankruptcy due to the lack of cash to make refunds.

The private golf club industry have been adversely affected in the U.S. and Asia for the same fundamental reason, that such memberships were previously bought as investments with potential for capital appreciation. Now that such memberships have been depreciating in value, with many clubs facing bankruptcy, golfer-investors who purchase private club memberships as investments have left the market, leaving only those who purchase golf club memberships for nonfinancial reasons, such as playing golf. New golf courses were also developed in expectations of continuing growth in membership, while the number of golfers in these aforementioned countries has either remained flat or has declined, thus leading to oversupply of golf courses in general.

The most important thing a beginner needs is a private golf tutor, you can be coached individually or in a group. This does not cost much and you will take a short period to master the game in no time.  golf instruction toronto

Its body has a rubber grip at the bottom as well as the top, easy-to-twist and adjust eyepiece and threaded battery door (battery is included). In addition, the laser is water resistantgadgetsgolf.com