Warning about international real estate syndications and other crowdfunding ventures 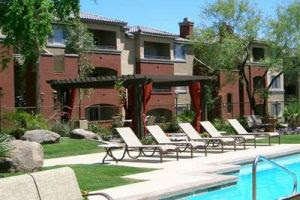 Unsold Arizona condos are a favorite among Canadian syndicators.

What is a real estate syndication?

Real estate syndication achieved a bad reputation in U.S. in the 1970s and 1980s as an investment vehicle that enriched syndicators at the expense of investors. They reappeared in the last few years, now called "TICs" (tenants-in-common), and repeated the same abuses committed before, with the largest syndicators, such as DBSI and SCI, declaring bankruptcy in recent years, causing major losses for their 22,000 investors. Now that "TIC" is becoming a dirty word, the new term for syndication is "real estate crowdfunding".

Lately, I have seen such syndications go international. They may start in Canada, for example, and recruit Canadian or UK investors to invest in US real estate or Latin American real estate without involving a single US investor. They typically overpay for properties because they are compensated in proportion to acquisition prices. I am not implying that Canadians are any more dishonest than Americans, only that the dishonest ones are released from prison a lot sooner up there than down here in the U.S., if they serve time at all.

Take Canadian Ed Okun, for example. He had already had a civil judgment for fraud in Canada before coming to the U.S. to continue his ways.  He is now serving a 100 year sentence in US Federal prison. Here is his story: 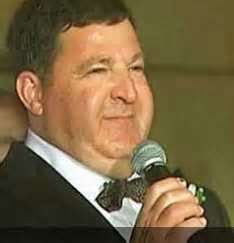 Ever since he was a young man in Canada, Ed Okun dreamed of living a lifestyle of the rich and famous. His first wife described him as a con man who stole $150,000 from his father-in-law and raided his own family’s trust fund to buy a 53-foot yacht, Rolls-Royce, Aston Martin and Mercedes before fleeing to the United States to escape a civil judgment. Just prior to his arrest in the U.S. for embezzlement, he drew unfavorable attention to himself with a small dinner party in the Bahamas that cost more than $56,000, a fact eagerly disclosed to law enforcement by his second wife after he dumped her to marry a Brazilian call girl.

As a syndicator, Ed Okun claimed expertise in “identifying, acquiring and turning around distressed commercial real estate”. Okun, doing business as Investment Properties of America (IPofA), managed several such syndicates. Being a Certified Fraud Examiner, I was contacted by the lead investor of one such syndicate, composed of 20 senior citizens who lost all of their $13 million investment in Okun’s acquisition of the Park 100 Industrial Building in Indianapolis, the investment he arranged for them.

The Park 100 Industrial Building is an aging behemoth, a 459,000 square foot warehouse built in 1959, about the size of eight football fields. Unbeknownst to the syndicate, Okun already owned this building, for which he paid $3,300,000. As the manager of the syndicate, he then used his claimed investment expertise to have the investors pay him $12,650,000 for the building, earning him a 283% profit.

To justify such a high purchase price, he had to show that he was adding value, which he did by securing a tenant to pay almost $1 million per year in rent in addition to all operating expenses. The investors later found out that the tenant was a shill for Mr. Okun. The lease document between Okun and the tenant promised a $1 million incentive to be paid to the tenant “upon successful syndication of the property”. Thus, the tenant was chosen not to pay money but to consummate the syndication deal. The tenant occupied the property for about a year, but did not pay rent.

Also enabling the scam was Cushman & Wakefield Valuation and Advisory Services, which appraised the warehouse for $12,650,000 based on comparisons to 21st century warehouses. This same appraisal firm currently faces over $10 billion in class action lawsuits in connection with the Credit Suisse syndicated loan fiasco involving the Yellowstone Club and other prominent resorts.

The warehouse was foreclosed on and has traded since then, but since Indiana is a non-disclosure state (good states in which to commit real estate fraud), the subsequent prices are not known. The local tax assessor has assessed its market value to be $4,125,400.

This quite common type of syndication scheme involves the syndicator organizing investors to acquire a major property, such as a mall. The syndicator usually shares few of the risks of the venture by taking huge upfront fees and minimizing his own equity in the investment. He may have already bought the property through another business entity and then sold it to the syndicate or TIC for a profit. Through another company which he owns he may receive substantial fees for management services. The syndicator uses his superior knowledge to take unfair advantage of the investors. The reported “acquisition price” is typically above market value.

In one recent Texas syndication the syndicators purchased a piece of land from themselves, on behalf of the investors, at a $20 million profit after a one year holding period, in a market with a growing inventory of large land parcels for sale at much lower prices. In addition to the $20 million profit, the syndicator earned fees of about $3,300,000 in selling commissions, $500,000 in wholesaling fees, $800,000 in placement fees, $600,000 in reimbursement of offering costs, $350,000 in underwriting fees, and $5,200,000 in reimbursement of offering and organization expense fees. This represents over a $30 million profit on a property that probably lost value since its original purchase as the demand for residential land waned.

Syndicators are thus able to acquire real estate or sell their own real estate with other people’s money and charge those people again and again for the right to take their money. One Internet course on real estate syndication (syndicationsuccess.com) teaches 17 different ways to extract fees from investors. Not to be outdone, New York University (NYU) offers a course this spring entitled Real Estate Investment Syndication: Acquiring and Managing Real Estate Using Other People’s Money, also promising to teach “maximizing opportunities to generate revenue.”

Meanwhile, many syndications are falling apart. 12,000 syndicate investors lost money in the DBSI bankruptcy two years ago, and an estimated 10,000 investors are affected by the current SCI bankruptcy. Both DBSI and SCI were American syndicators, located respectively in Idaho and Los Angeles.

There needs to be a cleanup of this culture of predation on small investors by the real estate syndication industry. Perhaps NYU can offer a course on that, too.

Simply wish to say your article is as surprising.
The clearness in your publish is simply excellent and
that i could assume you're knowledgeable in this subject.
Fine together with your permission allow me to clutch your RSS feed to stay updated with forthcoming post.

Thanks a million and please carry on the
gratifying work.

Here is my web page ... CostaRicaHomesforSale

Hey there! I'm at work surfing around your blog from my new apple
iphone! Just wanted to say I love reading through your blog and look forward to
all your posts! Carry on the great work!

The generally safe appended to US real estate showcase, the accessibility of innumerable properties, and the consistent market liquidity pull in outside financial specialists in huge numbers.Sell your home fast

Intriguing post. I Have Been pondering about this issue, so much obliged for posting. Really cool post.It "s truly extremely pleasant and Useful post. Thanks.parc clematis showflat

The generally safe appended to US real estate showcase, the accessibility of innumerable properties, and the consistent market liquidity pull in outside financial specialists in huge number.home development

You need to partake in a radical new challenges worried among the finest data destinations on the web. I'll propose this unique site! avoid foreclosure

I do believe the best part about this location is that it is within walking distance of the McTacoHut!real estate investor

I certainly getting a charge out of each and every piece of it. It is an incredible site and decent share. I need to bless your heart. Great job! You all do an extraordinary blog, and have some incredible substance. Keep doing awesome,Apartamentos en Venta

Thank for your writting! It is very easy to understand and detailed. I hope you continue to have good posts like this to share.raingo gutters

Wonderful Tutorial, thanks for putting this together! This is obviously one great post. Thanks for the valuable information.
sdjsa.org
CashfreeInvesting.com

Thanks for sharing,get an best Farm house in kodaikanal for sale at best prices.

Thanks for sharing this article here about the international real estate. Your article is very informative and I will share it with my other friends as the information is really very useful. Keep sharing your excellent work. home buyer leads online

This post is really awesome. Genuinely I like this blog. It gives me more useful information. I hope you share lots of things with us .homes for sale in Redwood City